Back when I was single and ready to mingle, my girlfriends and I would fantasize about meeting someone special. Someone special who could build us a deck. Well, I did marry someone special but his deck building skills are negligible. And that’s being polite. He’s got his own talents, so no judgment.

When we realized deck building was not in our future, and neither was paying someone a million dollars to build a deck, I decided cement staining and pea pebbling would do the trick. I was half right.

The fact is, a coat of paint can save many a crap situation and as I got my daughter to paint our backyard fences, it became clear that should have been done years ago. But she was just a toddler years ago, so you know, you take what you can get. 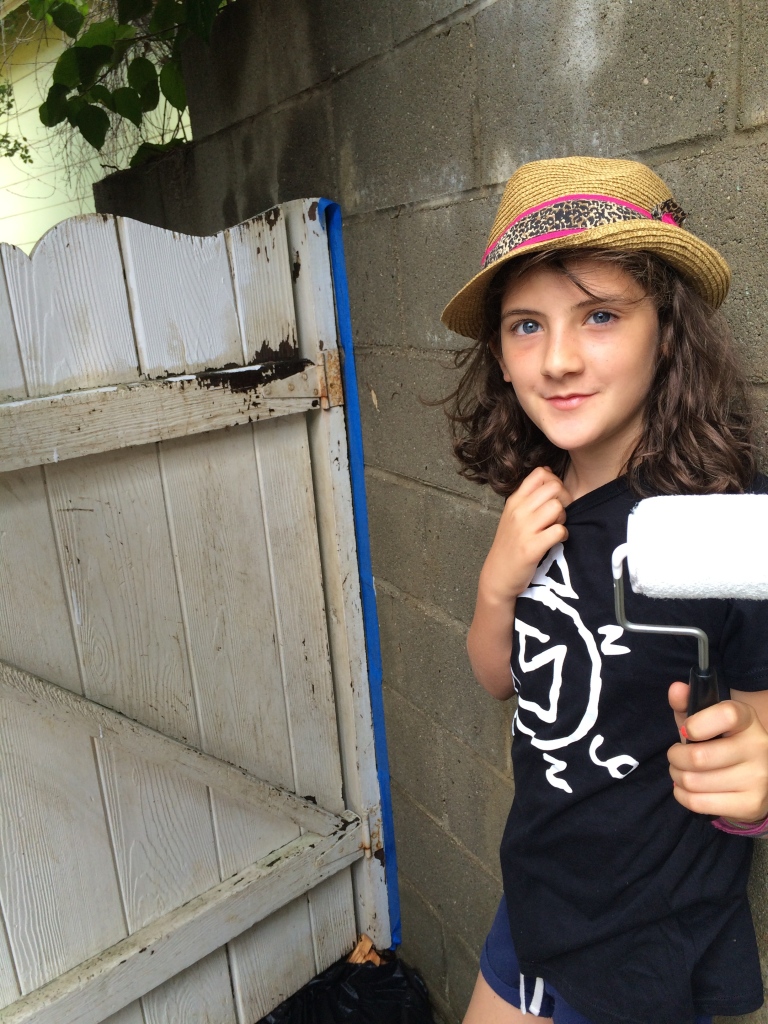 Our fences were gross, yo. But now they’re pretty! So our cement staining/painting would have gone the same way, I thought. Let’s transform this cement into a fantasy backyard!

This is how it ended up.